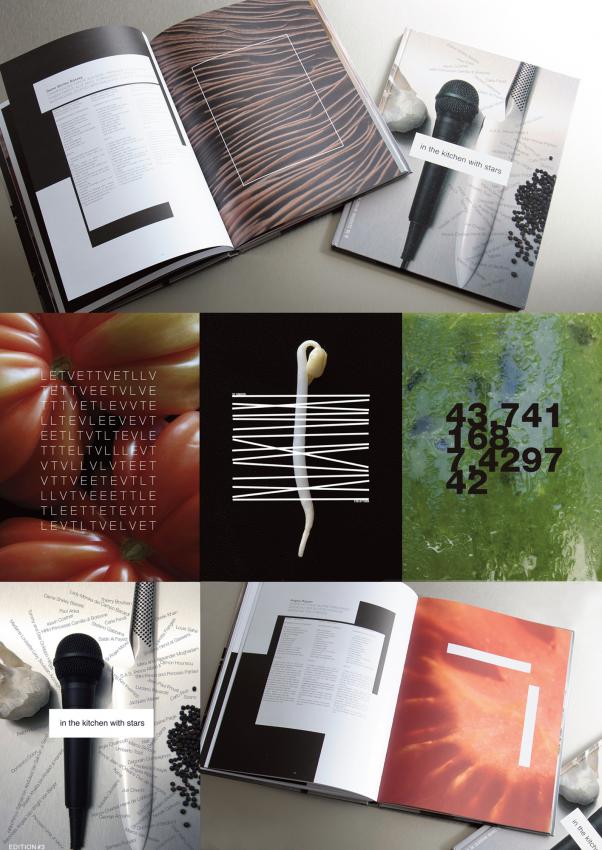 COFFEE-TABLE BOOK
IN THE KITCHEN WITH STARS
by Ralph Hutchings and Baroness Angela Van Wright
Recipes by world reknowned personnalities.

Ralph decided to illustrate this book with macro photography, taking for each recipe one of the recipe’s ingredients, on which he adds graphic forms that evoke the works of famous french artist Sacha Sosno.

On each page he has hidden ‘enigmas’ in the form of numbers that tell us something about the celebrity in question.

Copies of smaller size version are available on demand at Amazon: link